Police often arrest Papuans for peaceful political expression on 1 December, as it is a date that many Papuans consider their Independence Day. This year, 34 people were arrested, 19 protesters were injured, and protests in two cities were forcibly dispersed.

“No one should be detained simply for peacefully expressing their political opinions,” Amnesty International Indonesia executive director Usman Hamid. “Papuans in particular are often detained and charged by law enforcement for this reason. Moreover, Papuan protesters are frequently attacked by counter-protesters under the police’s watch.  Repressive actions such as these will only create further distrust among Papuans and make improving the human rights situation in the region even more difficult.”

“We call on Indonesian authorities to release all Papuans detained simply for exercising their right to freedom of expression,” Amnesty International Australia National Director Sam Klintworth said. “The Australian government must exercise due diligence on its assistance to Indonesian security forces to ensure that it is in compliance with human rights standards.”

At least eight people were detained in the city of Jayapura, Papua on 1 December for displaying the Morning Star flag, a symbol of Papuan independence. They remain in police custody and have been charged for treason under Articles 106 and 110 of the Indonesian criminal code.

Meanwhile, at least 19 people were detained in Merauke regency, Papua on 30 November in relation to a video of spiritual and indigenous community leader “Mama” Paulina Imbumar, in which she declared her intention of raising the Morning Star flag in Merauke on 1 December.

Paulina and her 16 followers were released without charge on 1 December. However, two members of video advocacy initiative Papuan Voices, who recorded and uploaded the video, remain in custody and have not been charged.

In Dekai district, Papua seven people were arrested on the morning of 1 December. They were falsely accused of attending a Morning Star flag raising ceremony.  The three children were released in the afternoon, while the four adults were released the following day.

As of November 2021, there are still at least six Papuan prisoners of conscience behind bars solely for peacefully exercising their right to express political views.

Amnesty International does not take on any position regarding political status within Indonesia, including calls for independence. However, the organization believes that the right to freedom of expression includes the right to peacefully advocate for referendums, independence, or other political positions. 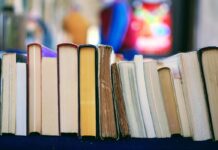 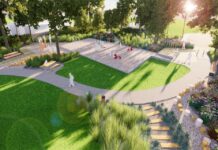