New data out today shows that some of New Zealand’s biggest property owners have subsidised Kiwi businesses to the tune of more than $320 million during the COVID-19 lockdowns. Property Council chief executive Leonie Freeman says the data provides evidence of the property sector’s willingness to share the burden of the pandemic.

The survey and an accompanying letter to Prime Minister Jacinda Ardern signed by 24 of New Zealand’s largest property owners, managers and developers comes in response to Tuesday’s shock announcement proposing an amendment to the Property Law Act.

“The fact is, the market has already risen to the challenge of COVID, supporting vulnerable tenants and negotiating fairly as we rode this wave of change. The decision to impose a clause without agreement only serves to jeopardise the good will that landlords and tenants have created,” says Freeman.

In the letter to Ardern, Freeman calls the right to freely negotiate the terms of leases a “fundamental and essential part of our commercial and social licence” and raises concerns over the lack of government consultation leading up to the proposed change.

“We see a number of very serious unintended consequences resulting from the decision to deploy a blanket approach to what is a very nuanced and individualised contractual environment,” says Freeman.

“The most obvious issue is how to interpret what “fair” means amongst two parties. That interpretation will result in a long and costly process, which neither tenant nor landlord can afford.

“We understand the pain being felt by the retail and hospitality sectors in particular, and we accept the intent of the proposal is that those sectors will receive equitable rental relief from their landlords. Our members have proactively shared in that pain through providing rental relief to these sectors.

“However, the proposal as drafted has significant and widespread application beyond the intended beneficiaries, by changing all commercial leases, the vast majority of which are not those which the legislation is intended to assist.

“In many cases the businesses which will benefit have much greater financial strength than the landlords who will be impacted. The proposal as currently drafted, with its wide application to commercial leases, would entitle the major Australian-owned banks to claim rental relief from their New Zealand landlords, despite the pandemic restrictions having little or no impact on those banks’ profitability.

“We do not believe this is the Government’s intent and call for the proposed legislation to be amended to support those businesses most in need.” 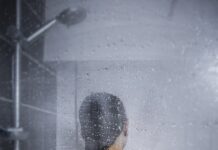