Hon MICHAEL WOODHOUSE (National): I thank the Leader of the House for that update and ask him, given we’re just over six months away from the stated time for the Government to pass significant amendments to the New Zealand Public Health and Disability Act, whether we can expect to see a bill introduced in the next week or so, or does the Government intend to introduce it later and have a shorter consideration period?

Hon CHRIS HIPKINS (Leader of the House): In terms of the timing of the introduction of health-related legislation, that is a matter for the Minister of Health. 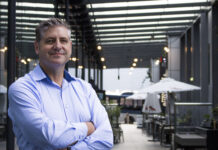