The Counter-Terrorism Legislation Bill has returned to Parliament for its second reading in an important step towards giving enforcement agencies greater power to protect New Zealanders from terrorist activity.
“The Bill addresses longstanding gaps in our counter terrorism legislation that seek to protect New Zealanders and make us safer,” Justice Minister Kris Faafoi said.
“The Bill incorporates public input at select committee including a recommended change to the definition of a terrorist act to include the intention to intimidate, rather than to induce terror, as is defined in the current law.
“The definition change has the full support of the Justice Select Committee, and brings our definition of a terrorist act into line with counter terrorism laws in other countries.
“The major gap the legislation will address is to add the criminal offence of planning or preparation for a terrorist act. Police and others have long recommended this change to close a hole in our legislation to help prevent terrorist attacks before they occur.
“Again, this is a change which bring us into line with laws in other countries and strengthens our laws to fight the changing nature of terrorism; where we are seeing more threats from lone actors rather than terrorist organisations.
“New Zealand has been victim to these sort of attacks; both in Christchurch and, just earlier this month, with the knife attack at a West Auckland supermarket.
“I want to acknowledge the trauma of the victims, families and communities affected by those terrorist attacks.
“They are reminders of how crucial it is to have laws which provide the tools we need to act early to prevent and disrupt terrorist activity,” Kris Faafoi said.
As well as clarifying the definition of a terrorist act and introducing the new offence of planning and preparing for a terrorist act, the Counter-Terrorism Legislation Bill:
Includes the ability to apply warrantless powers of entry, search, and surveillance to stop the planning and preparation of a terrorist act;
more clearly criminalises weapons training or combat training for terrorist purposes;
criminalises travel to, from, or via New Zealand where the intention is to carry out a serious offence under the Terrorism Suppression Act; and
extends terrorism finance offences to also criminalise providing wider forms of support to terrorist individuals or groups, such as goods and services.
The Bill also amends the Terrorism Suppression (Control Orders) Act 2019 so that people who have been convicted and imprisoned for a terrorism-related offence in this country can be eligible for a control order.
“Previously control orders were only available for people who have engaged in terrorism-related activities overseas and were returning to New Zealand,” Kris Faafoi said.
The Minister noted that policy work on strengthening New Zealand’s counter terrorism laws began back in 2018 and has been guided by the recommendations of the Royal Commission of Inquiry into the terrorist attack on Christchurch mosques in 2019.
“This has been an extensive, considered, and important piece of work to ensure our laws are as strong as they can be to keep New Zealanders safe from acts of terrorism,” Kris Faafoi said.
The Counter-Terrorism Legislation Bill is expected to go through its final stages in Parliament to pass into law by the end of September. 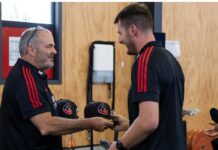 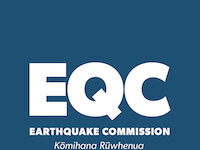