The experienced and cheerful clinical director at New Plymouth District Vet Group is known around the region as the go-to guy for injured native birds – so much so he’s been identified by the Department of Conservation’s (DOC) Taranaki staff as a local conservation hero, as the department and New Zealand mark Conservation Week.

As Rob Mills recalls, the care and attention paid to battling native birds began rather informally about 15 years ago. He and his wife Dawn had an underlying interest and expertise in avian medicine, which grew into a love for native birds when people began bringing injured and ailing creatures to the New Plymouth clinic.

“We started off at a reasonably low level, and it wasn’t too onerous, to be honest,” he says. “It was reasonably episodic and it gave us an interest, something a bit different.”

When they began rehabilitating birds there wasn’t the conservation sector infrastructure there is now – the clinic’s work on native birds predates Wildbase Hospital at Massey University, as an example.

Within a few years the number of beleaguered and injured birds turning up at the clinic had steadily increased, and Rob and his team began introducing some basic processes and record keeping to support a growing amount of avian care work.

“We did some very rudimentary looking at it – ‘has the bird flown into a window, has it been found by the side of the road, did the neighbour’s cat bring it in?’

“That started the process and so out of that it has steadily got busier and busier,” he says.

Fast-forward to 2021 – and more than 1,100 birds later – and the arrival of an injured native bird triggers a process which has expanded to involve a supportive courier firm (Aramax) and sees birds moved on to Wildbase Hospital, or to Wellington Zoo.

“We can get them so far, but usually the birds just need recovery time,” he says.

It’s usually a couple of birds a week, but there have been weather-related events when it’s been many more. In the early 2010s, a storm over Taranaki resulted in thousands of “exhausted and cold” prions being found scattered across district beaches. About 40 ended up in the care of the New Plymouth District Vets team.

“We gave them warmth, and fluids, and some energy… and eventually once the weather passed, they were taken out to sea and released.

“We see other busier times when there are a few fledglings about, like juvenile kererū, when they’re at their clumsy phase – they’re flying into a window or something.”

Rob acknowledges not all birds can be rehabilitated, and in some cases the animal will be euthanised to end unnecessary suffering.

The clinic takes in birds well outside usual business hours, which DOC’s Taranaki Operations Manager Gareth Hopkins says it a great reflection of the clinic’s commitment to conservation.

“Rob and his team do all this great work on native birds on a voluntary basis,” he says.

“They really make an important contribution to conservation in the district and we’re really grateful for that – a lot of these birds wouldn’t have made it without the care and attention Rob and his team donate.”

Rob says it’s the happy endings – the release of birds back into the wild – which motivates the team to volunteer their time and expertise.

“It is a conscious effort to do it, and it’s hard work – and yes, there are disappointments along the way.

“I see us doing the right thing, and maybe a little bit more,” he says.

“But it’s not the heroics driving it – they’re injured and they’re special birds, part of our fabric of life, and part of what NZ is… and so you do what you can.” 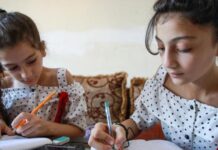