Home 24-7 Agencies to have powers to secure maritime domain
Post sponsored by NewzEngine.com

“This Bill enhances our ability to enforce New Zealand’s criminal law in international waters. It brings a consistency to our domestic arrangements which is currently lacking,” Nanaia Mahuta said.

The Maritime Powers Bill will give power to Police, the New Zealand Defence Force, Customs and the Department of Conservation to stop, board, search and detain a ship in international waters, including New Zealand’s Exclusive Economic Zone, where they have reasonable grounds to suspect that serious criminal offending is taking place on board.

“This legislation responds to the increasingly dynamic and complex maritime security environment that New Zealand faces by establishing a comprehensive regime for the exercise of law enforcement powers in the oceans and seas beyond New Zealand territory.

“Even though we are geographically isolated we are still at risk of crime at sea. New Zealand is an island nation with an extensive maritime domain. A secure maritime environment is critical to our national security and prosperity, especially given our ever increasing dependence on the sea for trade,” Nanaia Mahuta said.

“The powers in the Bill are consistent with existing powers under New Zealand law, including the Bill of Rights Act and with New Zealand’s rights and obligations at international law.”

“The Bill will go through a normal Select Committee process and is expected to come into force by the end of the year,” Nanaia Mahuta said. 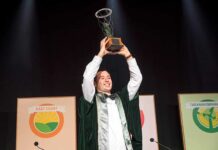 Stats NZ information release: Effects of COVID-19 on trade: At 14...