Police acknowledge the Independent Police Conduct Authority (IPCA) findings released today regarding the pursuit and arrest of a group of suspected burglars in 2019.

Officers responded after a burglary at a liquor store in Lincoln on 11 November 2019. Around half an hour after the burglary a Mazda and a Subaru which were believed to have been involved in the burglary were spotted by Police. Both cars were stolen, and the drivers failed to stop for Police. A pursuit began but was soon abandoned due to the risk presented.

The cars were spotted again around an hour later parked behind a liquor store in Shirley. After Police arrived the cars left the area and drove through Shirley towards Marshland Road, followed by Police.

Officers deployed road spikes to try to bring the vehicles to a stop, and both cars were successfully spiked. The IPCA found the use of road spikes was justified, and the occupants of the Mazda were soon apprehended after they attempted to flee on foot.

The Subaru’s driver continued down Marshland Road at a slow speed, however he drove on the wrong side of the road, through a red light, and rammed a Police vehicle. Due to the imminent danger of a collision with an oncoming car driven by a member of the public, Police forced the Subaru off the road, a decision that the ICPA found to be justified due to the high risk presented by the driver’s actions.

Once the Subaru had stopped, a Police dog was deployed in order to overcome the force used by driver, who was resisting arrest and was bitten. The IPCA found the use of the Police dog was proportionate in the circumstances.

The IPCA’s findings showed the officers demonstrated an excellent level of risk assessment and decision making, and I totally support the actions of our Police using the appropriate tactical options to bring to an end this sort of offending.

The driver of the Subaru presented a high risk to himself, members of the public and Police staff during this incident, and the officers involved acted professionally and appropriately during his arrest.

The decision of any driver not to stop when signalled by police is a poor and often dangerous decision that puts themselves and all members of the public on our roads at risk of potential harm. It is critical that people stop when requested.

I remain very proud of all our Police team who come to work every day to prevent crime and crashes, and this incident reflects the role of Police in holding to account those who break the law and put innocent members of our community at risk. 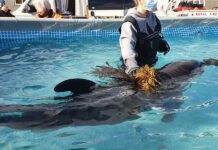 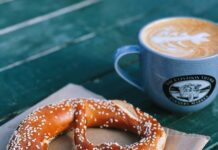