Police acknowledge the findings of the Independent Police Conduct Authority (IPCA) in relation to the arrest of a man in Upper Hutt last year.

On 12 January 2020, Police witnessed a vehicle appearing to avoid an alcohol checkpoint on Fergusson Drive by pulling into a driveway.

Police quickly determined the vehicle had been stolen and the driver was disqualified.

On approach, the driver failed to comply with Police instructions, becoming abusive and resisting arrest.

To complete the arrest, ‘Officer A’ has taken the driver to the ground.

The driver was physically bigger than both officers on scene.

The IPCA found Officer A’s use of force was justified, controlled and proportionate in the circumstances. This is supported by witness video footage.

Once on the ground, Officer A has placed the offender on his side and restrained him on the ground. In doing so they used their knee on the side of the driver’s head, before removing it after a short period of time.

The IPCA found this action to be unjustified.

“Our officers come to work every day to keep the community safe and, in any situation, the use of force is an absolute last resort,” Wellington District Commander Superintendent Corrie Parnell says.

“Both Officer A and their colleague made attempts to calm the driver and diffuse the situation, to no avail.

“This officer was faced with a driver who was actively resisting arrest. I am confident they have learned from this incident and will apply these lessons when making tactical decisions in the future.”

The IPCA also found Officer A should have submitted a Tactical Options Report.

The driver was charged with unlawfully taking a motor vehicle and driving while disqualified. 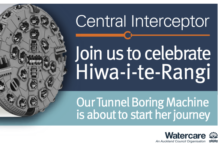