Search warrants were conducted yesterday at addresses in Pakuranga and Karaka following an investigation into a military-style semi-automatic (MSSA) firearm and the sale of methamphetamine.

As a result of searches at the addresses, two firearms including an MSSA firearm were located along with a quantity of methamphetamine.

A stolen 2012 Audi Q7 was also located inside a garage of one of the addresses.

A 32-year-old woman was arrested and charged with firearms and drug-related offences and is next due to appear in the Manukau District Court on 23/6/2021.

A 24-year-old man was arrested and charged with firearms and drug-related offences and is next scheduled to appear in the Manukau District Court on 8/6/2021.

Universities – Champion of women in business funds University Chair for... 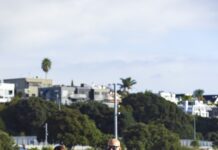