Ashburton Police are appealing for information from the public following what appears to be a suspicious fire on Sunday.

At 4.30am Police, along with Fire and Emergency New Zealand, responded to a large haystack fire at Longbeach Farm Estate in Eiffelton.

A stack of 1000 square bales valued at $40,000 became engulfed in flames, 10-metres from the intersection of Lower Beach and Windermere roads.

Thankfully no one was injured, but a large and expensive clean up operation is ongoing.

Police would like to hear from anyone who might have information concerning suspicious people or vehicles in the area leading up to the fire.

You can contact Detective Anthony Clare at the Ashburton Police station, call 105 quoting event number P045894760 or Crimestoppers anonymously on 0800 555 111. 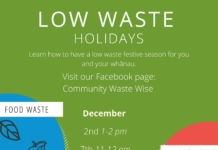