Western Bay of Plenty Police continue to ask for the public’s help to locate Aren Curtis, 31, who is wanted by Police.

Curtis has warrants to arrest for failing to appear in court.

He is also wanted in relation to an incident in Mount Maunganui on Friday 19 March in which he is alleged to have discharged a firearm in the direction of Police officers while he was being pursued on foot.

Police have carried out a number of enquiries in the search for Curtis, but so far he has not been located.

Police want to hear from anyone who has any information which can help locate him.

He should not be approached, but if you have seen him, or know where he might be, please call Police on 105, quoting event number P045870211.

Information can also be given anonymously via Crimestoppers on 0800 555 111. 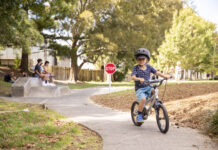