Home 24-7 Tauranga Super City? Be careful what you wish for
Post sponsored by NewzEngine.com

2 MARCH 2021FOR IMMEDIATE RELEASEThe Taxpayers’ Union is calling for calmer heads to prevail after former Tauranga Mayor Tenby Powell’s calls for an amalgamation of the district’s councils into a mini ‘super city’.“Intellectually, bigger might sound better or more efficient, but the experience across Australia and New Zealand doesn’t bare that out,” says Jordan Williams, a Taxpayers’ Union spokesman. “In Auckland, the super city hasn’t solved the infrastructure or internal squabbles, and the main thing that’s been built is the Council’s incredible payroll.”“We think it’s a bit rich for Mr Powell to plunge Tauranga into crisis and now criticise the governance at the neighbouring councils. Mr Powell goes on to make the bizarre claim that the Regional Council should be paying for roads, when that’s not even in the legislative scope of what a regional council is for.”Junk rates figures“Just like Mr Powell has the law wrong his numbers on rates are just as bad,” adds Mr Williams.“The rates table published in today’s Bay of Plenty Times would make Enron’s accountants blush. Instead of comparing what the average household and commercial ratepayer actually pays, it takes hypothetical approaches to compare apples with oranges. It also ignores uniform charges and other items that come with the rates bill.”“According to the most widely accepted methodology councils use to compare rates, compared to other metropolitan councils Tauranga City Council ranks the highest in the country for residential rates, and the third highest for commercial rates.”“This nonsense that Tauranga Council is starved of ratepayer money is nonsense on stilts. Over the coming months we will be working with local groups to ensure that the politicians and officials are truthful with ratepayers on these matters.” 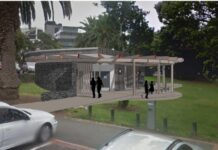