Police have arrested a man following a firearms incident in Mt Roskill early this morning.

Shortly after 4am, Police received calls from concerned members of the public regarding a shot being fired at an address on McCullough Ave, Mt Roskill.

Armed police responded swiftly to the incident and quickly ascertained that no one had been injured.

A 36-year-old male was subsequently arrested and charged with unlawfully possessing a firearm. He is due to reappear in the Auckland District Court on 9 February. Police are not seeking anyone else in relation to this incident.

Police also recovered a firearm and ammunition from the property.

We are aware of the ongoing public concern regarding recent events in this area. This latest incident received a swift response from Police, including Police dogs, Eagle and investigations staff.

Police will maintain a presence in this area while we continue to investigate a previous firearms incident that occurred on 19 January.

If you have any information on either incident, please contact Auckland City Crime Squad on 09 302 6557. Information can also be provided anonymously via Crimestoppers on 0800 555 111. 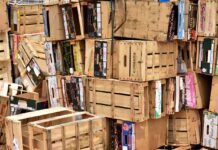