Police acknowledge the findings by the Independent Police Conduct Authority which found Police were justified in arresting and using force against a 16-year-old female following a Pursuit in Auckland in July last year.

The intoxicated teenager was a passenger in a stolen vehicle and refused to comply with the officer’s instructions to get out the vehicle when it finally came to a stop in Makarau, Rodney. She actively resisted arrested and had to be forcibly removed from the stolen car. During the struggle, the teenager cut her head on the gravel road. It was a minor injury however officers at the scene immediately attempted to provide her with first aid.

The IPCA found that the arrest and use of force used to effect an arrest on the teenager was justified and appropriate.

Waitematā District Commander Superintendent Naila Hassan says officers across the country face challenging situations everyday where at times force will be required to ensure a person can be safely arrested.

“The officers in this situation were just doing their job and I want to know acknowledge their professionalism during this arrest.” 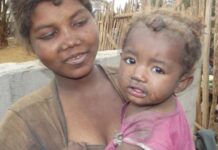