Police have this evening recovered a car that entered the water on Meeanee Quay in Napier earlier today.

Indications are that the car, which was stolen, was driven into the water deliberately.

The Police National Dive Squad has undertaken a search of the inner harbour and Police are satisfied that nobody was in the car after it was submerged in the water.

A second car was discovered during the search and police believe this car was driven into the water at the same time as the first car.

Police are also satisfied that there is nobody in the second car.

Work to retrieve the second car will take place tomorrow. 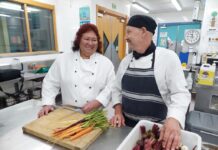