AGNES LOHENI (National): Thank you, Madam Speaker. A pleasure to pick up on my contribution to the COVID-19 Public Health Response Amendment Bill. The bill aims to provide a framework which is about recouping the costs of managed isolation and quarantine facilities for New Zealanders coming back home, returning home. Before I go on, I would like to acknowledge all the personnel, the staff, who are working at the various isolation facilities—health personnel, hospitality workers, the cleaners, security, the army and police personnel. Thank you for all that you do.

As I was listening to some of the earlier contributions to this bill, there was a lot of talk about fairness—that we needed to be fair to the New Zealanders who are returning home, that this is their home country. This bill is actually about fairness. In fact, the National Party introduced absolutely this concept that New Zealanders returning should make a contribution to the cost of the quarantining and managed isolation.

COVID-19 and the period of lockdown for us as a country has just been one big wrecking ball through this country, and nothing has been fair about it. We know many families and businesses have been hit so hard, and some businesses will not come back from this. We know that we’ve got 200,000 people on the unemployment benefit. We know that business confidence is down. Nothing has been fair. The debt is mounting, too—another $150 billion.

We support this bill. We support a framework to recoup the costs. We don’t believe that the bill goes far enough, and we will provide some Supplementary Order Papers in the name of the Hon Gerry Brownlee to that effect. Ultimately, as Minister Woods has announced, the Government expects to spend $479 million by the end of the year on managed quarantine, and the amount that is expected to be recouped under this bill is about $10 million, or just under $10 million, which is—that’s just 2 percent, 2 percent of what it would cost to fund the managed quarantine facilities. I don’t think that’s fair to taxpayers, to New Zealanders who are already shouldering so much of the cost of this post-COVID period. I think it’s very reasonable—and, actually, New Zealanders have stated quite clearly that they don’t believe it’s fair and they do want New Zealanders who are returning home to shoulder and to wear some of that cost as well.

There will be some exemptions set out in this bill in terms of personnel that may have to go out and come back in, but there is an expectation that if you are going away on holiday, you will be on the understanding that you will pay for the cost of your managed isolation in return.

So the other thing is that we don’t know how long we’re going to be in this position of having these facilities, so we do need a solution that is practical and fair. As I said, everybody will say, “We’ve got to be fair to the New Zealanders coming back.” We also have to be fair to the taxpayers that are here that are already shouldering the cost of the debt that’s rising, the job losses, and the impacts on families. Madam Speaker, thank you very much. 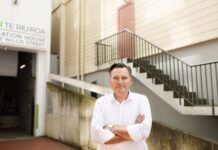