4 AUGUST 2020FOR IMMEDIATE RELEASE
The New Zealand Taxpayers’ Union is welcoming a damning report from the Auditor-General which identifies the Provincial Growth Fund’s numerous failings in process surrounding the approval of grants, managing conflicts of interests, and tracking of performance. The Auditor-General’s report states, “It was not always clear from the documentation why certain projects were considered for funding from this part of the Fund. . . it was difficult to find evidence of how projects had fully met the normal criteria for the Fund.” Union Executive Director Jordan Williams says, “When the Auditor-General with all his expertise does a deep dive into the application documents and still can’t figure out why recipients were granted funding, taxpayers have a serious problem.” The report goes on to state, “In my view, in the interests of the transparency of the overall process, it is important for the public and Parliament to have better visibility of how all the parts of the Fund operate.” “We couldn’t agree more. Post COVID-19, every dollar handed out from the fund is borrowed from future generations of taxpayers. New Zealanders deserve more information to shed light on whether Shane Jones’s slush fund justifies a mortgage on our future.” “The report’s breakdown of spending by region shows the real motivation behind the Provincial Growth Fund. The region to receive the most funding – half a billion dollars and counting – is Northland. That’s a $3,671 election bribe for each man, woman, and child in the region that New Zealand First is targeting for votes. It is banana republic stuff and is a blot on New Zealand’s reputation for having incorruptible institutions.” 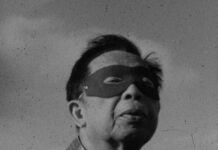