Police have made four arrests in connection with a disorder incident in Gray Ave, Māngere East on Friday last week.

Four teenage boys, aged between 14 and 16, have now been arrested and charged.

One of these youths has been charged with wounding with intent to cause grievous bodily harm.

All four have also been charged with wounding with intent to injure and are due to appear in the Manukau Youth Court this afternoon.

For privacy reasons Police will not be commenting on the school that these teenagers are from.

The person injured in last Friday’s disorder has since been released from hospital and is recovering from their injuries.

I would like to thank the community members that came forward and provided information to assist our investigation.

This assistance clearly demonstrates that the wider community has, like Police, zero tolerance for this sort of violent behaviour.

The public will have noticed an increase in Police presence around the Māngere East and Ōtāhuhu areas over the past week.

Our presence has been for reassurance and for prevention of any further disorder. This will remain in place for the time being.

I would like to acknowledge members of our Criminal Investigation Branch who have worked tirelessly since Friday to investigate this incident.

Today’s arrests send a message that Police take these matters seriously and we will hold any persons responsible to account.

Given matters are now before the Court, Police will not be able to comment further. 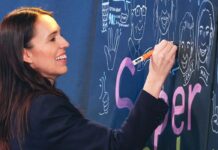