A 42-year-old local man is in a critical condition in Wellington Hospital after he appears to have been struck by a vehicle near Carterton early this morning.

Wairarapa Police are appealing for information to locate the driver involved in the incident that occurred on State Highway Two near the intersection of Plimsoll Street.

The injured man was discovered by a member of the public at about 2am.

We believe this incident happened between 1am and 2am today.

We are appealing to the driver of the vehicle to come forward.

We would also like to hear from any witnesses travelling on this stretch of road earlier today or anyone who might have information to help us identify what has happened.

Police will be closing SH2 from 12.30pm today for about 45 minutes to conduct a scene examination.

Diversions will be put in place between Park Road and Somerset Road while this occurs.

Anyone with information is asked to contact Police via 105 or anonymously via Crimestoppers on 0800 555 111. 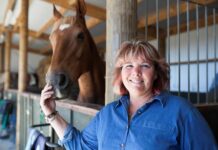