A woman has died in Hawke’s Bay Hospital from injuries suffered in a crash in Hastings.

The woman died yesterday evening, after the two-car crash around 1:20pm on Tuesday at the intersection of Tollemache Road East and Park Road South.

The Serious Crash Unit attended and the circumstances of the crash are under investigation. 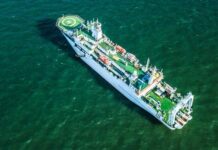