Tuesday 10 March 2020 2:40pm
Professor Rob Aitken.
An Otago academic has been appointed to lead one of the largest academic academies in Australasia – carrying on what is quickly becoming an Otago tradition.
Associate Professor Rob Aitken, Head of the Otago Business School Department of Marketing, has been elected president of the Australia and New Zealand Marketing Academy (ANZMAC) – an organisation considered a leading source of marketing information, knowledge and research development among marketing academics and practitioners from Australia, New Zealand and beyond.
Associate Professor Aitken will be the third Otago marketing head of department to hold the presidency at ANZMAC, which is part of the reason he accepted the role.
“Our department, for some reason, has had quite the history with ANZMAC. [Associate Professor] Ken Deans and [Professor] Rob Lawson were both past presidents.
“I’ve been proud to be part of the executive of ANZMAC, so when I was asked if I would consider being president, I was really proud to do it, but I kind of felt a bit of a departmental obligation as well.”
More than 80% of all Australasian university marketing departments are part of ANZMAC and having an Otago and New Zealand person in the top role will be beneficial for many, Associate Professor Aitken says.
“I think to be leading the most important academy in my subject is a coup for the Business School and the University because it provides more direct access to what’s happening in Australia which is sometimes a little bit difficult in terms of understanding the nature of their funding environment and things like student recruitment. And, of course, it means that we are central to what’s happening in the discipline, so we have access to the leading thinkers, the leading researchers and best practice in teaching and learning.
“In terms of our students, it enables me and our Department to more effectively connect students up with their Australasian counterparts.”
It doesn’t end there, though, he says.
“It’s also good for colleagues in New Zealand because the people usually in these positions have predominantly been Australian; so this gives New Zealand a higher profile and the opportunity for more involvement.”
He is the immediate past Co-Chair of the organisation’s Strategy Committee and sees his time as President as an opportunity to start the implementation of the recommendations of the strategic review into the future of ANZMAC.
“I helped develop that green paper so I also felt I could take some responsibility for helping to move us move forward.”
And when it comes to moving forward, Associate Professor Aitken has plans.
“I think we have to be more relevant to our organisation, particularly to young, newly emerging researchers. I think what we need to do is provide more support for new faculty; so, we need to engage them more, we need to get them involved more and we need to provide more value for them”
That value could come as support for grant writing, awards, incentives and competitive grant possibilities, he says.
“Essentially, my role, and my biggest motivation, is to help nurture the community of scholars.”
“That’s my mission for this term. However, I’ve just got to bite off one thing. So, if I could bite off providing much more support for new and emerging researchers then we would have fulfilled one of the five pillars of the strategy.”
On a broader scale, Associate Professor Aitken says the Academy is well placed with its connections in Europe and South-East Asia to focus on one of the biggest problems facing the world – overconsumption.
“Too many people buying too many things they don’t really need while too many people can’t get the things they actually need-and we’re (marketing) a subject which is considered partly responsible for getting us into the situation that we’re in. So, my mission is that if marketing is partly responsible for getting us into the position that we’re in, it should also be possible to help us get out of it.
“So, yeah, not much to do,” he grins. 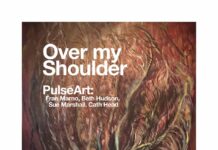 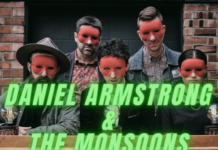