Police have charged a man with murder in relation to a shooting incident in Ōtara last week.

At around 11.45pm on 28 February 2020, Police were called to Bairds Road and located a man critically injured. Despite attempts to provide medical assistance, he died at the scene.

A second victim was also found injured and taken to hospital but has since been released.

A man, aged 28, has been charged with murder and is expected to appear in Manukau District Court this morning.

A second man, aged 30, was earlier charged with accessory after the fact to murder and is next due to appear in Manukau District Court on 10 March 2020.

As this matter is now before the courts, Police are unable to comment further. 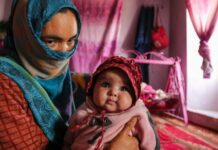