Associate Minister of Health Jenny Salesa has announced, after an anxious wait, the proposed Vaping Amendment Bill. CEO of Hāpai Te Haora, Selah Hart wants to congratulate the Minister and is encouraging all parties to help bring the bill home.
The Smoke-free Environments and Regulated Products (Vaping) Amendment Bill will be introduced to Parliament on Monday, 24 February. It will receive its first reading in March when the Bill will then be referred to the Health Select Committee.
The bill will ban the sale of vaping products to under-18-year-olds; prohibit advertising of vaping products and smokeless tobacco; restrict the sale of flavoured vaping products and e-cigarettes to R-18 specialty stores; limit general retailers, including dairies and service stations to only sell three flavours, and introduce a product safety system – which enables the Ministry of health to recall, suspend and issue warnings about vaping products.
Selah Hart says: “The vaping amendment bill balances the needs of two at-risk populations; There are adult smokers who are desperate to quit and then there are youth non-smokers. The bill means we can keep vaping products away from young people, which Hāpai has been pushing for from day one. The bill also means adults can use vaping as a way to kick their deadly smoking habit, which is vital for families who are struggling with intergenerational tobacco addictions.”
Hāpai urges our political parties to support Minister Salesa on this bill. Says Hart “We want to see parties to work together to support this bill and keep it moving. We need to see the bill passed before Parliament adjourns on August 6. Let’s make sure it happens so that we meet the needs of our most vulnerable communities.”
Stephanie Erick, GM of the National Tobacco Control Advocacy Service at Hāpai Te Hauora says party politicians should think about the average smoker and what this bill means for them. “If you’re using smoking to deal with everyday stresses, then you need a way out. We know that the best thing for our lungs is fresh air, but we also need real answers for people who are heavily addicted to cigarettes. Great work Minister Salesa. Now let’s keep this moving.” 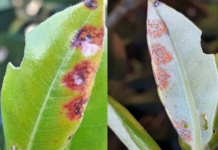