Engineering alumna Catherine Downes has never left anything to chance.

At high school in Tongariro, Catherine’s favourite subjects were physics and maths. When a teacher suggested she look at further study in engineering, she had a good think.

“I did a bit of research and felt that out of all the disciplines, mechanical engineering most suited me because I’m quite a visual person,” she says.

In 2012 she began a Bachelor of Engineering at the University of Waikato. Catherine says the first year was a good introduction to engineering principles, such as maths and physics, and from the second year became more detailed depending on the discipline.

“It was in my second and third year that I started to really understand what engineering is and fell in love with it. I got more of an appreciation of just how much engineering is about problem-solving, where you’re presented with a problem and need to use the tools and learnings you have to fix the problem in front of you.”

Catherine particularly enjoyed seeing her engineering designs come to life, including the third-year product design paper where students are given a task to achieve, and then must design a machine to achieve that task.

“I really enjoy being part of projects which make change and offer much-needed solutions to problems. I enjoyed it so much that I decided I wanted to do a Masters, where I worked alongside scientists and engineers to develop a robotic vehicle to thin apple orchards, pick blueberries and prune vineyards.”

When her Masters project came to an end, Catherine thought about her next move. “In the end, I wanted to use my skills in the real world, and I was also keen to move and explore somewhere new,” she says.

Catherine set her sights on a role as product development engineer at healthcare giant Fisher & Paykel, based in Auckland. “My interest in healthcare grew during the pandemic and I knew they were an innovative company with a good culture and lots of opportunities to grow.”

She put her researching hat on again, reaching out to some current and former employees to get an idea of what to expect, learned as much as she could about the company, and subsequently made it through the tough recruitment process to land the job.

Catherine says she is enjoying working in a multi-disciplinary team made up of different engineering skills, plus marketing and finance teams, to help bring a product to life from initial concept through to market.

Catherine hopes her story will inspire other students, particularly females, to consider a career in the STEM (science, technology, engineering, maths) industries.

“I used to feel intimidated by it all, but now that I’m into my career I’ve realised that the majority of colleagues and people in the industry are kind and helpful and want to help you succeed.

“You can really be anything you want to be in this industry, whether that’s the highest-paid designer, manager or CEO – it’s all within your reach.” 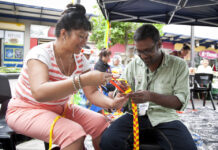 Community organisations benefit from the latest board funding round