New Zealand needs to take urgent action to reduce smoking in Pacific adults and youth if the country is to achieve its goal of reducing the number of smokers to less than 5 per cent of the population by 2025, according to a new report.
The report, Smoking in NZ Pacific adolescents, is based on data from the ASH Year 10 Snapshot Survey series, an annual school-based survey of Year 10 students aged 14 and 15. It is published by the University of Otago’s ASPIRE 2025 tobacco control research centre and ASH (Action for Smokefree 2025).
Dr Jude Ball.
One of the authors, Dr Jude Ball, from the University of Otago, Wellington, says Pacific communities are disproportionately affected by tobacco harm. Almost a quarter of New Zealand Pacific adults smoke, well above the national figure of 14 per cent.
While smoking among adolescents, including Pasifika, has declined dramatically since 2000, there are still pronounced ethnic disparities, with smoking more common among Pacific Year 10 students aged 14 and 15.
“In 2018–19, the proportion of Year 10 students of all ethnicities who smoked regularly (monthly or more often) was about 5 per cent overall, compared to around 7 per cent in Pacific teens.”
There were big differences in adolescent smoking rates between Pacific ethnicities.
Regular smoking was highest among Cook Island Māori (11 per cent), followed by Niuean and Tongan (both 8 per cent) and lowest in Samoan adolescents (6 per cent).
A co-author of the report, Associate Professor El Shadan Tautolo, the Director of AUT’s Centre for Pacific Health and Development, says smoking is a leading preventable cause of premature death and morbidity throughout the Pacific, including in New Zealand.
The researchers found lower socioeconomic status and exposure to second-hand smoke were the main reasons behind the difference in smoking rates between ethnicities.
“Pacific peoples are less advantaged in income, education and housing and these structural disadvantages help to explain high smoking rates in Pacific communities, and higher exposure of children to second-hand smoke,” Associate Professor Tautolo says.
Pacific students were up to 4 times more likely to report that both their parents smoked compared to non-Māori and non-Pacific students which, in combination with overcrowded housing (for instance multiple families sharing a home), explained higher exposure to second-hand smoke in Pacific adolescents.
“Exposure to second-hand smoke in the home and for some ethnicities in cars were the most important preventable risk factors for adolescent smoking we identified.”
Associate Professor Tautolo says new smokefree cars legislation, which will prohibit smoking in cars carrying children under 18 from November, could be a game changer.
“An increase in the number of Pacific homes and cars that are smokefree will improve the health of Pacific families and is likely to reduce smoking uptake in Pacific youth. Initiatives to promote smokefree homes and cars should be a priority, as well as efforts to reduce Pacific smoking prevalence among adults, and to improve the living and working conditions of Pacific peoples.
The authors of the report say effective communication of the new smokefree car rules to Pacific communities will be vital to maximise behavioural change.
They also recommend the use of social media campaigns and community action to encourage smokefree homes. Campaigns could focus on a “take the smoke outside” approach for those unable to quit smoking, a measure which would improve the respiratory health of the entire household, particularly young children.
Associate Professor Collin Tukuitonga from the University of Auckland, and an ASH board member who peer reviewed the report, says given that more than half of New Zealand’s Pacific population is aged under 25 years, youth-focused interventions are particularly important for improving Pacific health.
He says the report highlights the need for more investment in “By Pacific, for Pacific” community action to achieve Pacific smokefree aspirations.
“The COVID‑19 experience has highlighted the importance of Pacific leadership, and the way Pacific communities mobilise effectively, given the opportunity and resources to do so.”
It is also important that tobacco control initiatives reflect the important differences between Pacific ethnicities, rather than treating Pacific peoples as a single entity, he says.
“We cannot have a one-size-fits-all approach to Pacific health.”
New Zealand’s Pacific population numbers about 400,000 people, 8 per cent of the total population, with about two-thirds born in New Zealand. Almost half of New Zealand’s Pacific residents are Samoan, followed by Cook Island Māori (21 per cent), Tongan (20 per cent) and Niuean (8 per cent).
Publication details
Smoking in NZ Pacific adolescents: Samoan, Cook Island Māori, Tongan and Niuean
For more information, contact:
Dr Jude BallResearch FellowDepartment of Public HealthUniversity of Otago, WellingtonEmail jude.ball@otago.ac.nz
Associate Professor El Shadan TautoloAUT Centre for Pacific Health and DevelopmentEmail dan.tautolo@aut.ac.nz
Deborah HartDirectorASH NZEmail dhart@ash.org.nz
Cheryl NorrieCommunications AdviserUniversity of Otago, WellingtonMob +64 21 249 6787Email cheryl.norrie@otago.ac.nz 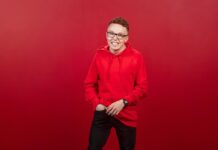