The condition of the orca calf that stranded 13 days ago began to deteriorate this evening.

Department of Conservation Marine Species Manager, Ian Angus, says local iwi Ngāti Toa Rangatira, the many DOC staff, Orca Research Trust/Whale Rescue, and the local community threw everything at trying to save him.

“We were always aware that the longer he was in captivity, away from his mother, the more likely it was that his health would deteriorate.

“Toa passed quickly, surrounded by love with his last days made as comfortable as possible.

“Throughout this amazing effort, we’ve all been united in wanting to do the best for Toa. Finding and reuniting him with his pod was still our goal as we headed into the weekend.

“This calf had captured hearts, and no one wanted to believe that he didn’t have a fighting chance.

“We will continue to treat Toa with the dignity and respect he deserves. Appropriate arrangements are being made with Ngāti Toa.

On Sunday, 11 July, the orca calf was stranded on rocks near Plimmerton, north of Wellington. Less than 2.5 m long, he was thought to be two to six months old.

The operation to care for the orca calf was led by DOC with support from Orca Research Trust/Whale Rescue Trust, local iwi Ngāti Toa Rangatira, and the local community.

View all updates on the stranded orca 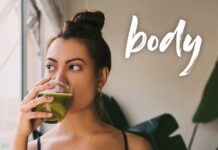