Porirua’s new Hall of Fame inductees are an actress, a dance choreographer, the founder of one of the country’s most trusted and well-loved brands, and one of the city’s favourite rugby players.
The Hall of Fame is in the corridor of the ground floor of Te Rauparaha Arena and has photos of 12 people who have made a lasting impact on Porirua. They currently include softball legend Don Tricker, writer Patricia Grace, diplomat Russell Marshall and golfer Michael Campbell.
Last week Porirua City councillors and Mayor Anita Baker made the decision to add four more to the wall – Ellinore Ginn, Neil Ieremia, James Henry Whittaker and TJ Perenara.
JH Whittaker moved from England to NZ in 1890 and set up the Whittaker’s company in Christchurch in 1896, before moving to Wellington in 1911.
He died in 1947, well before Whittaker’s set up their operation in Elsdon in Porirua in 1969. His two grandsons, Andrew and Brian, have been in charge of operations since 1978 and live in Porirua.
Whittaker’s co-chief operating officers, and great-grandchildren of JH Whittaker, Holly and Matt Whittaker, said the family is honoured by the admission of JH Whittaker into the Porirua Hall of Fame alongside other inspirational individuals from the city.
“Whittaker’s is a proud member of the Porirua community, and has been since our chocolate factory was established here more than half a century ago.
“We still make all of our world-class chocolate from beans-to-bar locally at our one site in Porirua, and recently undertook a significant expansion of our factory, which reflects our ongoing long-term commitment to the city,” said Holly and Matt.
Mayor Baker formally welcomed JH Whittaker to the Hall of Fame during the Porirua Business Growth Forum on Wednesday.
Ginn’s daughter Margot Stuart said it was a proud moment for her family to have the nomination accepted. Her mother, who has born in Canada in 1915, arrived in NZ in 1947 and dedicated her life to theatre, charity work and, in later life, painting.
She died in 1995.
Ginn founded Titahi Bay Little Theatre (later Porirua Little Theatre) in 1950.
“If I could chose winning Lotto or having my mother in the Hall of Fame, I’d take the latter – I’m just so flabbergasted and happy to see it happen,” Margot said.
Neil Ieremia, born in Cannons Creek, is the founder and artistic director of Black Grace, a predominantly male Pacific Island and Māori dance company that has earned renown nationally and internationally, having toured Australia, the USA and Europe.
Ieremia has won a number of awards, including being appointed an Officer of the New Zealand Order of Merit in 2016 for services to dance.
He said he was “pretty stoked” to get his photo in the Hall of Fame at Te Rauparaha Arena – especially considering his first time performing was at the Arena’s predecessor, the Recreation Centre.
“It’s always good to get wins on your home paddock,” he said.
“I might live in Auckland now, but I still have family in Porirua and it will always be home for me.”
TJ Perenera joins fellow Northern United rugby player Jerry Collins along the Arena corridor.
One of the most capped Hurricanes of all time, he has played more than 60 test matches for the All Blacks, including at two World Cups.
Growing up in Titahi Bay and attending Mana College, Perenara has always been outspoken about his Porirua roots, and is vocal about inclusiveness and diversity in rugby.
Please note: A photo will be supplied later today of either Mayor Baker with Whittaker’s CEO James Ardern or with Holly and Matt Whittaker. 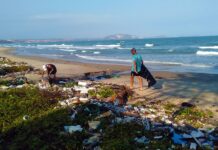