A new campaign is shining a spotlight on elder abuse, and urging people to protect older New Zealanders.

Launched on World Elder Abuse Awareness Day, the Office for Seniors’ campaign encourages friends, whānau and neighbours to look for the signs of abuse, which is often hidden in plain sight.

“Research suggests around one in 10 people will experience elder abuse. But only a very small number of cases are ever reported,” Minister for Seniors Ayesha Verrall said.

“I’m pleased this year’s campaign is highlighting the least understood, but more common, forms of abuse – such as financial and psychological.

“It’s important to understand that elder abuse can happen to anyone, regardless of their background.

“Most abuse is committed by someone close to the victim; often by a family member or a caregiver. It’s a devastating abuse of trust, and people find it hard to speak out against someone they rely on,” Ayesha Verrall said.

The key message of this year’s multimedia campaign is ‘It’s ok to help’.

“We want to encourage people to call out elder abuse when they see it,” Ayesha Verrall said.

In Budget 2020, the Elder Abuse Response Service received an additional $25 million over the following four years. This funding addressed cost pressures, and improved the coverage of services.

The service, which was established in 2017, includes a free national helpline and 28 regional providers. 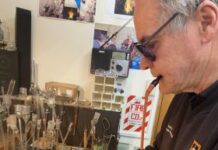