Health and Disability Commissioner Morag McDowell today released a report finding Waitematā District Health Board (WDHB) in breach of the Code of Health and Disability Services Consumers’ Rights for failures in its care of a man undergoing surgery.
In December 2018, the man underwent emergency surgery at WDHB to treat a perforated colon. Over two weeks later, he was admitted to hospital with abdominal pain and nausea. Through imaging it was found that a surgical instrument had been left in his abdomen inadvertently following the surgery.
Four days later he underwent surgery to remove the instrument, which was found to be an Alexis wound retractor – a tool used to hold open a surgical wound. The instrument became displaced and was pushed fully into the man’s abdomen, which was not noticed at the end of the initial emergency surgery.
The Commissioner found several failures by a number of WDHB’s staff and systems, including a collective failure by the surgical team to recognise the initial displacement of the surgical instrument.
“This case highlights the risk in assuming that a highly unlikely event – in this case, the retention of a large surgical instrument – would not happen. It also reinforces the importance of routine safety checks during surgery,” Ms McDowell said.
WDHB had a practice of excluding Alexis wound retractors from the surgical count, which the Commissioner considered was very risky.
There was also an apparent lack of understanding by some WDHB staff about the purpose of the surgical count policy and lack of critical thinking by some staff about the risks of not counting all items that enter the surgical field.
Ms McDowell considered that cumulatively these omissions represent systemic issues for which ultimately WDHB is responsible.
She recommended that WDHB establish a process for ensuring that the list of countable items in the surgical count policy remains current; undertake a random audit of documentation for ten surgical procedures to assess compliance with the updated surgical count policy; provide training to staff on the importance of vigilance and challenging assumptions; and provide a written apology to the man’s family. 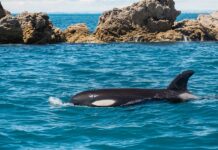 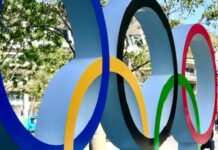