Southern Cochlear Implant Programme chief executive Neil Heslop says, “We have been campaigning for years for a long-term, sustainable funding increase to meet the growing backlog and demand for adult cochlear implants.

“Today’s brilliant news means more adults will now receive access to cochlear implant technology which, as well as the direct patient benefits, has an excellent social, community and economic return on investment.”

In today’s Budget announcement, the Government will allocate an extra $28 million over four years for adult cochlear implants, beginning in 2021/22[1][2].

Northern Cochlear Implant Programme chief executive Lee Schoushkoff says the annual funding increase will help to ensure the waiting list doesn’t continue to increase beyond demand, while providing certainty to hundreds of New Zealanders who have waited years for a cochlear implant – without any guarantee they would receive one.

“We are extremely relieved that the Government has listened to our calls for action, and prioritised adult cochlear implant funding,” says Lee.

“Until today’s announcement many on the waiting list faced the prospect of never hearing again. They now have an opportunity to not only have their hearing restored, but to re-enter the workforce and excel in their chosen fields. For others, it means hearing their children and families again, participating in society and leaving a life of isolation. Their lives no longer remain on hold.”

Dr Amanda Kvalsvig is an infectious disease epidemiologist working on the country’s Covid-19 response. She is also profoundly deaf and has a cochlear implant – without it, she could not do her job.

“Having people wait for a cochlear implant for years and years is a terrible waste of human potential. There are so many of us who have so much to give,” says Dr Kvalsvig.

Until today’s announcement, just 40 adults nationally received public funding for a cochlear implant every year. There are currently more than 220 eligible adults on the waiting list.

“I don’t think many people understand the impact of losing your hearing on your sense of belonging, your sense of purpose, even your sense of identity. It’s not just interactions with strangers of course – it’s your own family. I had no idea what my children’s voices sounded like,” adds Dr Kvalsvig.

A Deloitte report estimates the cost of hearing loss to the New Zealand economy in 2016 was $957.3 million – the majority (58 percent) of which was related to loss of productivity[3].  Meanwhile the World Health Organisation calculates that governments can expect a return of nearly US$16 for every US$1 invested in hearing care interventions[4].

THE FACTS ON COCHLEAR IMPLANTS

·         A cochlear implant is a surgically-implanted electronic device that restores hearing for those with profound hearing loss.

·         Cochlear implants in New Zealand are not covered by health insurance.

·         Five referrals are received for every funded adult cochlear implant, and only 20 percent of patients are in a position to self-fund.

·         Most people on the waiting list were not born deaf – they lost their hearing as adults. The onset of total and permanent deafness can happen to anyone at any point.

·         Hearing aids become ineffective when the hearing loss is more than severe. Communication through spoken language becomes impossible. A cochlear implant is the last and only viable treatment that will restore hearing.

·         Public funding for adult cochlear implants in New Zealand first became available in 2003. However, this consisted of irregular, one-off surgeries (there was no set allocation).

·         NCIP and SCIP are the only two cochlear implant providers in New Zealand. Both charities are funded by the Ministry of Health to provide public cochlear implant services to children and adults. 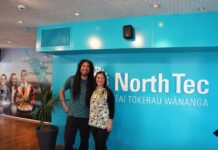 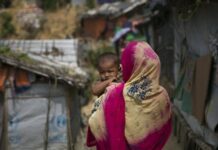