The central corridor section of Pātaka will close from 7 June due to maintenance and strengthening work, but the rest of the building will remain open to the public.
The programme of work is expected to take about 12 weeks and will make the gallery and museum in Porirua stronger.
Cafe Kaizen, the galleries and the city’s main library will stay accessible during the project.
“This is important strengthening work,” Pātaka’s director Reuben Friend says.
“Patrons of Cafe Kaizen will have seating arrangements temporarily adjusted due to construction in the atrium of Pātaka, but we will be doing all we can to keep it brief so we can spread out again.”
Access points to the library, Kaizen and galleries will be clearly marked. The public toilets next to Kaizen will remain open.
Libraries manager Brian Anderson says they will be temporarily opening an entrance to the main library on the Parumoana Road corner, near the roundabout you take to go to Te Rauparaha Arena.
“We’re confident there will be no disruption to library access at all as this project is ongoing,” he says. 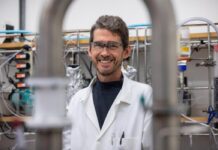