Members Jock Hobbs and Glen Hunter have met with Franklin Local Board, asking it to start moves that would see the club included as a community asset.

The club is something of a powerhouse in Counties Tennis and, with almost 130 members, has been a central part of village life for many years.

Its five courts have artificial surfaces and lighting, all paid for from club activities and fundraising initiatives, but Hobbs says it is becoming increasingly difficult to maintain facilities to the standard club members would like and being part of the facilities plan would mean access to council funding.

Franklin Local Board member Alan Cole says the courts would need to be widely available to the public if they were included in the plan, but acknowledged the community role the club plays, and particularly its junior coaching programme.

The club, well-sited between Waiuku, Pukekohe and Karaka, has sponsored coaching programmes for its juniors and has been so successful that three members have gone on to tennis scholarships at American universities.

It also makes public access available to the community through a $20 annual subscription, and Hobbs says the club would bring substantial funding to help with changes he says are necessary.

“Tennis is one of those sports that you can play at an older age, and it also has an almost unique ability to bring young and old together,” Cole says.

“Young players have the advantage of speed and agility but sometimes there’s no substitute for the wile and cunning of age.

“Because our area is so big, having facilities widely spread throughout Franklin can only be a good thing.”

The board has a strong focus on providing facilities that ensure the community has access to a wide range of sporting and leisure activities and indicated advice would be sought on the club’s proposed inclusion in the plan. 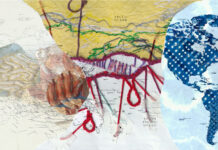