The Trust is a non-profit organisation founded in 2003 to promote projects that benefit the Stewart Island / Rakiura community and its environment.

The focus is predominantly ecological restoration through control of pest animals and weeds.

Sustained control has resulted in a dramatic increase in the number of native birds present around the township. In areas outside of the project’s protection, forest bird numbers have remained lower, a strong indication that SIRCET’s control is benefiting bird populations.

This is one of two ‘Pest Free Auckland in your Living Room – Autumn Webinars’, brought to you by Pest Free Auckland 2050. Thanks to the Aotea Pestival, also featuring these speakers, as part of their ANZAC Weekend event. 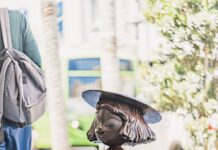 Board submissions made on Drury plans

Flights to resume from Western Australia