Responding to reports that Papua New Guinea’s Prime Minister James Marape has declared a critical ‘red stage’ in the country due to a recent surge in COVID-19 cases, Amnesty International’s Pacific Researcher Kate Schuetze said:
“Amnesty International has received reports of inadequate amounts of personal protective equipment for health workers, and that some hospitals are full or threatening to be closed to new admissions. Misinformation within the community and online about the illness is also rife, with some suggesting the illness is a government conspiracy theory. This has also been fuelled by the government at times publishing inaccurate information on the number of confirmed cases. There is an absence of an effective public information campaign by the government, to dispel the misinformation.
“While Australia and New Zealand have made pledges of assistance to Papua New Guinea in response to the pandemic, it is woefully inadequate. Australia has sent a team of medical experts this week and has pledged monetary support, but this will not provide immediate relief. Basic health infrastructure is urgently needed in Papua New Guinea to help immediately on the diagnostic and treatment level, as well as for the distribution of vaccines once they are approved by the national authorities.”Kate Schuetze Pacific Researcher Amnesty International
Yet there is little prospect of vaccines coming this month, in the context of a deeply unequal global rollout. The consequences of this mean that many poorer countries such as PNG will continue to be at the back of the queue for limited supplies of vaccines.
Australia and New Zealand, together with other key donors, need to urgently step up and provide the assistance their neighbour needs now.
Both Australia and New Zealand continue to fail to support calls by around 100 countries mainly in the global south for a temporary waiver of intellectual property rights that would enable increased production, affordability and accessibility of vaccines.
Background
According to the World Health Organisation (WHO) and the Queensland Government, between 30 and 50 per cent of test results in Papua New Guinea have been returning a positive result in early March 2021.
As of 16 March 2021, the government had reported 26 confirmed deaths and 2269 confirmed cases. The WHO has noted that severe undertesting means these numbers are likely to be significantly underestimated/under reported? and that at least two provinces have widespread community transition.
Papua New Guinea is part of the United Nations COVAX scheme, which aims to fairly and equitably deliver vaccines to all countries. However, COVAX has to date not been resourced enough to ensure poorer countries are getting access to vaccines. The scheme is being severely undermined by wealthy countries buying up more vaccines than they need significantly impacting on the ability to secure vaccines for other nations. 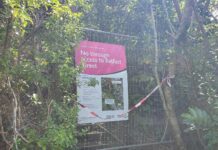 Health – Māori children hospitalised with asthma at twice rate of...