Residents evacuated due to the fire at Cass Bay will shortly be allowed back to their homes.
Crews were first called to the fire at around 1.30pm.
It is believed to have burnt through at least 15 hectares.
Three helicopters and four ground crews have spent the afternoon working to contain the fire.
As a precaution 20 properties were evacuated along the Corsair Bay flank of the fire.
Residents of those properties will be allowed back at about 5pm this evening.
Lyttelton-Governors Bay Road (Park Terrace), from Corsair Bay through to Rapaki was closed while helicopters worked on the fire. It is re-opening at about 5.30 this evening.
Firefighters continue to work on containment lines.
Fire and Emergency asks people to stay away from the area and to keep their doors and windows shut, especially those particularly vulnerable to the effects of smoke. 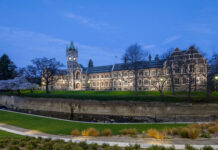