Yesterday we appealed to the government, via Foreign Affairs Minister Nanaia Mahuta, to speak out and demand Israel abandon its apartheid medical practices and provide Covid 19 vaccinations for Palestinians living under Israeli occupation.

There are inevitably serious divisions between countries regarding their ability to pay for coronavirus vaccines but the situation in Israel/Palestine is unique.

Israel has proudly touted itself as one of the first countries to begin widespread vaccination of its population but has specifically excluded Palestinians living under occupation in the West Bank and Gaza strip from its vaccination program.

Nine million Israelis are in line to receive the vaccination, but five million Palestinians are being excluded.

This is medical apartheid. It is racist, immoral and inhuman.

In a terrible irony, Palestinians living under Israeli occupation in the West Bank and Gaza are refused vaccination while hundreds of thousands of Israeli settlers living in illegal settlements on Palestinian land are being vaccinated.

As a signatory to the Fourth Geneva Convention it is New Zealand’s solemn moral and legal responsibility to speak out quickly, strongly and publicly.

Silence is not an option. 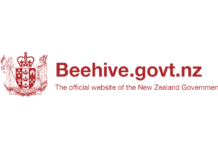