The status of the lands and waters in the Remarkables Conservation Areas are about to undergo a review to ensure their values are properly recognised.

But first, DOC is seeking the input of the community to see what knowledge is held of this iconic part of the Whakatipu area.

The Remarkables Conservation Areas are currently managed and protected under the generic category of ‘stewardship land’. The process to reclassify stewardship land involves firstly gaining a better understanding of the values that are present. The outcome of the process will be to propose a new classification or classifications next year that better reflect these values.

The Remarkables Conservation Areas extend from Whakatipu-wai-Māori in the west over to the Nevis valley floor in the east. It is mostly made up of two large discontinuous land parcels that total just over 33,000 ha. The area does not include the Remarkables Ski Area which is in the Rastus Burn Recreation Reserve.

DOC southern South Island Operations Director Aaron Fleming says the land has meaning to many in the region.

“Kawarau/ The Remarkables area is of special significance to Ngāi Tahu, which must be acknowledged. It’s an incredible landscape, which was at the edge of the ice at the last glaciation. It’s the backdrop to Queenstown. Its botany and historic heritage are outstanding, and it is much enjoyed by backcountry enthusiasts and climbers.”

Aaron Fleming says the relationship with mana whenua is vital in progressing this work and DOC has been working closely with Papatipu Rūnanga.

“This is important mahi, working with our Treaty Partner to understand the cultural and conservation values of the whenua.

“DOC staff have been attending hui over the last year seeking advice and working with Papatipu Rūnanga. From there, DOC staff and contracted experts have compiled five reports. These detail Ngāi Tahu values, practices and associations alongside reports on the landscape, ecological, historic heritage and recreational values.

As an early step DOC is seeking submissions on these reports and any other information that the public may hold on the values of the area.

“We have done some initial work and have a produced a suite of values reports. It is really important for DOC to get public input now as many others will hold knowledge about the area. These are public lands, and it is vital that the public tell us what they know about the whenua.”

“We would really like to hear from you. Submissions about the values here will help to inform any proposed new classification to be developed next year.”

Once there is a proposal for a new classification (or classifications) there will be a second round of consultation planned for 2021, which will likely include public hearings.

Kawarau and Tāpuae O’Uenuku are traditional names for peaks in The Remarkables and Hectors. Te Papapuni (the Nevis River valley) is part of the ara tawhito (traditional travel route) known as Te Ara a Tamatea (the path of Tamatea). It provided a crucial link for Ngāi Tahu from the coastal kainga through to the inland areas of the Kawarau River valley and Central Otago.

Double Cone (2319m) is the highest peak. The area lies in the transition zone between the wet western alps and the drier Central Otago Mountains. In the rain shadow of the Southern Alps/Kā Tiritiri-o-te-Moana, the area has a semi-continental climate with warm summers and cold winters.

Nearby Remarkables Station has recently been gifted to the Queen Elizabeth ІІ National Trust (QEІІ) to be protected in perpetuity. This was through a separate process independent of the reclassification work being undertaken by DOC.

What is the current land status?

The land is currently stewardship land.

How big is the area?

The area is just over 33, 000 ha, almost all of which is in two land parcels with some very small nearby parcels.

Why is there a gap between the two main parcels?

Why are the boundaries irregular?

The land has come out of the tenure review process over many decades and the boundaries reflect this process.

Only the Remarkables Conservation Areas and some very small nearby parcels are being considered for reclassification at this stage. The values of other stewardship areas have not been assessed. Reclassification is an ongoing process and other areas of stewardship land may be reclassified in the future.

Does this process include the Remarkables Ski Area?

No. The Remarkables Ski Area lies within the Rastus Burn Recreation Reserve which is not being reclassified.

What must be considered in determining a proposed new classification?

DOC works with its Treaty Partner in reclassification. DOC follows the Conservation General Policy guidelines which require that classification continues to either:

What is the role of the Otago Conservation Board?

The Otago Conservation Board has a statutory role to provide advice in the process and to give advice on any proposed new classification or classifications.

Will there be an opportunity to submit on any proposed new classification? 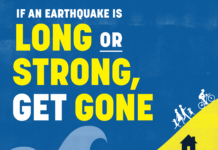 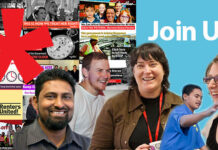