The release dates for 2021 remain unchanged.

Announcements will be made as usual at 2pm for MPS and MPR reviews, and at 9am for FSRs on the dates listed below. These will be published on the Reserve Bank’s website.

Media conferences will be held following the release of each MPS at 3pm and FSR at 11am. They will be live-streamed on the Reserve Bank’s website.

Market implementation of the OCR will continue to be the working day after the monetary policy announcement.

The Reserve Bank reserves the right to make changes to this schedule, if required. In such an event, the markets and the media would be given as much notice as possible.

The release dates in full for the period until July 2022 are:

Remaining release dates for 2022 will be published at least one year in advance. 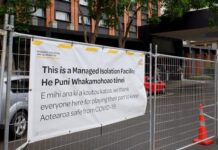 Why strict border control remains crucial if we want to keep...