Waka Kotahi NZ Transport Agency advises motorists that the right hand lane in both directions on the Northern Motorway (SH1) between Greville Road and Upper Harbour Highway will remain closed for the rest of the day.

There are two lanes open in each direction but there’s heavy congestion. Long delays are expected for the rest of the evening peak period and motorists are advised to avoid the motorway, using alternative routes and local roads where possible, says Waka Kotahi Auckland System Manager Andrea Williamson.

The lanes are closed because the road surface has lifted, causing a significant speed bump for vehicles. Road crews will make repairs overnight.

“Repairs cannot start immediately because of the amount of traffic on the motorway. We have to prioritise the safety of our crews who would be working alongside live motorway lanes.”

Their investigation has found the uneven surface was caused by road construction crews working under the raised motorway section. They were pumping grouting material which became blocked and seeped out under the road surface, causing it to lift.

The repair will involve stripping the road surface, removing the grout material and then paving with asphalt.

All motorway lanes will be closed in both directions from 9pm tonight from SH1 Upper Harbour Highway to Greville Road Interchange. Motorists are advised to follow the posted detour signs.

All motorway lanes are expected to open to traffic at 5am tomorrow.

Waka Kotahi thanks motorists for their patience and understanding. 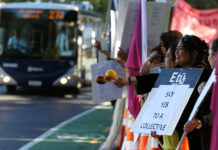