Home 24-7 MotorSport – Big motorsport names do their bit for the next generation
Post sponsored by NewzEngine.com

Some of the biggest names in New Zealand and Australasian motorsport are all set to lend their considerable skill set to the next generation this weekend at Pukekohe Park.

Heimgartner, one of the rising stars of the southern hemisphere’s premier racing championship will team up with former V8 Ute race winner Alexandra Whitley in the Tony Richards Toyota run TR86 and it will be a return home of sorts for Heimgartner who drove the team’s Toyota Camry in recent seasons in the domestic BNT V8s championship.

“I’m definitely looking forward to learning from his knowledge and experience,” said Alexandra. “It’s a great partnership, I love Pukekohe and I expect us to be competitive. “

Van der Drift will race alongside Ronan Murphy – son of four time Bathurst winner Greg, while Gaunt teams up once again with Tayler Bryant and Evans with Marco Giltrap. They’ll face opposition from the likes of Christina Orr-West and Rowan Shepherd, Peter Vodanovich and Mark Mallard and Connor Adam and Billy Frazer – all of whom are class acts behind the wheel of any racing car.

There will be two one-hour races this weekend. Each has a single qualifying session and each team of two drivers must make a driver change in a time window within the hour. They can refuel if they like or try to make it to the end without topping up.

Last time out at Hampton Downs Gaunt and Bryant won the first race with Adam and Frazer taking the second, but category manager Geoff Short says it will be all on this weekend and the race wins could go to any pairing in the eye-catching field.

“The two one-hour races will be hotly contested, I don’t think there’s going to be any doubt about that,” he explained. “There’s some strategy involved and the top guns like to win so we expect to see them working very closely with their team mates to get the most out of themselves and the cars. The young drivers will learn so much in that kind of environment and it’s great that the older more experienced racers are giving back in this way.”

There’s qualifying and a one-hour race on both Saturday and Sunday at Pukekohe Park, where the Toyota 86 enduros will form part of a packed weekend of motorsport before Christmas. 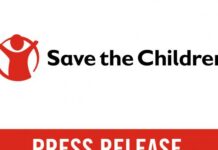