Around 7,500 students are set to benefit from the Government’s latest investment of $164 million to build new classrooms and upgrade schools around the country.

“The election delivered a clear mandate to accelerate our economic recovery and build back better. That’s why we are prioritising construction projects in schools so more young New Zealanders can learn in warm, dry and modern classrooms that are fit-for-purpose,” Education Minister Chris Hipkins said.

“This package will help create and sustain more than 3,000 jobs. The Ministry of Education and schools will be engaging with local builders, plumbers, carpenters, roofers, and electricians, who will in turn need to buy products and supplies from local stores.”

Greytown School in Wairarapa is one of the schools in the package. Minister Hipkins was joined by local MP Kieran McAnulty to deliver the good news to staff and students.

“I am pleased to announce $6 million of funding to replace a 100-year-old five classroom block which has severely deteriorated over time and four new classrooms for the school’s growing roll. I know the school and the wider community has been waiting for this for a long time.

“It’s only right that families expect quality classrooms for their children to learn in.

“I’m proud the Government is doing more to lift the quality of the classrooms students and teachers spend so much time in.

“Our investment is backed up by our plan to make training opportunities readily available to ensure there is a pipeline of skilled workers to support regional economies and employers.”

Projects announced today are part of the Government’s National Education Growth Plan and the National School Redevelopment Programme. They include:

–       Over $30 million for three new schools and expansions in the Bay of Plenty for more than additional 1,000 students 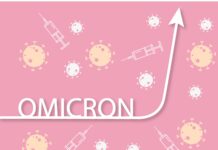 Motorists urged to plan ahead for Remutaka Hill night closures