Meteorologist Ben Noll says the warmest region is the north of the North Island where ocean temperatures are 1.6ᵒC above the November monthly average. In this region, marine heatwave conditions are affecting Northland and northern Auckland’s coastal waters and extend west into the Tasman Sea.

In other areas around the country, sea surface temperatures are between 0.7 to 1.1ᵒC above average. “High pressure systems in October brought more sunshine, warmer temperatures and less wind than normal. This pattern led to warming of the sea surface and prevented cooler water underneath from mixing to the top.

“While the weather has been a bit more unsettled during early November, ocean temperatures have remained warmer than average due to prevailing northeasterly and northwesterly air flows,” Mr Noll said.

New Zealand is now in a La Niña climate regime which tends to bring more northerly winds and has historically been associated with warm Tasman Sea temperatures.

NIWA subscribes to the definition of a marine heatwave as being an extended period of extremely warm ocean temperatures that can extend up to thousands of kilometres. These temperatures must be above the 90th percentile – or the value above which 90 per cent of historical observations occur. “In other words, nine times out of 10, Northland’s sea temperatures are cooler than what they are right now for the time of year. This makes what we are seeing now quite unusual.”

“We’re not even at the peak of our sea surface temperatures which typically occur over January and February.”

However, a marine heatwave this summer would mark the third in four years. The most severe was  in 2017/18 when the sea was at times 6-7ᵒC above average.

A key climate driver and contributor to New Zealand’s hot start in 2019 was also the presence of above average ocean temperatures. Marine heatwave conditions persisted in the Tasman until March. Warmer than average seas can also provide extra energy for passing storms.

Mr Noll said climate modelling indicates a high likelihood for warmer than average air and sea temperatures over the next three months. Marine heatwave conditions have a medium to high chance of developing in other regions.

“While the next week will have some variability across New Zealand, air temperatures are most likely to lean in a warmer direction overall. Some particularly warm temperatures are possible to end the month.” 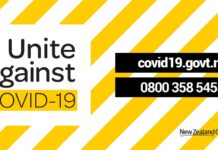