Toots knows what it is like to leave high school with no qualifications. He also knows an education can lead to a career doing what you love.

The 39-year-old describes himself as a second chance ‘mature’ learner.

Toots grew up in Hawkes Bay and has made Tairāwhiti his home since December 2015.

He says he lasted at school until seventh form but didn’t pass anything.

“Then I found my passion for sport and that’s what I studied.”

Along with his work supporting EIT Tairāwhiti students, studying extramurally through Otago Polytechnic, he is a father of two young children and has a part time “hobby job” using knowledge and skills gained from his studies.

His hobby job is strength and conditioning coaching working with sports teams and athletes in the region.

He is grateful for the support network around him, especially his whanau, so he has been able to achieve his study goals.

His life experiences help with his main job.

The support offered at EIT Tairāwhiti from the student support services is about pastoral care – supporting students through general life issues.

“We like to be proactive which allows us to catch problems sooner rather than later. We do not want to be the ambulance at the bottom of the cliff. “

He has some advice for people who struggled at school.

“Find your passion, follow your heart and work towards your dream career. Anyone can get a job but are you going to wake up every morning wanting to go to work. Get paid to do what you love “

Cushman & Wakefield and US Green Building Council Jointly Launch the... 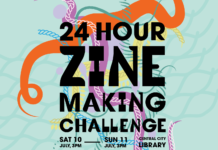