Hokianga will receive $2.7 million to redevelop four of its wharves and upgrade its water supply, Regional Economic Development Minister Shane Jones has announced.

Far North District Council will receive $1.8 million from the Provincial Growth Fund for the work on the wharves.

“The work will include the construction of a new wharf and pontoon at Rangi Point and new wharves at Te Karaka and Mangungu, as well as a new pontoon being added to the existing Motuti Wharf,” Shane Jones said.

“This will provide a safer and significant improvement to maritime transport used by most of the communities and visitors to the areas. This is particularly important in Hokianga due to the region’s geographic isolation.

“Locals will be better connected to essential services and their work via water transport if roads are not accessible. This work will also result in lower maintenance costs over time.

“Work on the projects will start immediately, with 16 jobs created over the six to eight months of construction,” Shane Jones said.

“This funding is for stage one of the project which will reinstate the dam and reticulation infrastructure at Motukaraka. A total of 30 jobs will be created across the community during construction,” Shane Jones said.

“An improved water supply will also be a starting point for these communities to further develop over 1000ha of Māori-owned land with the potential for sustainable development and long-term job creation. 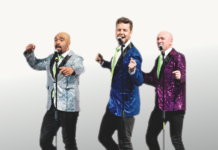