“These deployments promote peace in the Middle East and Africa by protecting civilians and countering the spread of violent extremism,” Mr Peters said.

“Developments in that part of the world can have a global impact, including on New Zealand’s security and prosperity. This is why we contribute defence personnel to the region to maintain stability, promote peace, and support the promotion of human rights, humanitarian support and development.”

The three extended deployments are:

Mr Mark welcomed the extended deployments. “These extensions will allow NZDF personnel to continue to make a difference in the Middle East and Africa,” Defence Minister Mark said.

“I served in the MFO mission when it was established in 1982, and had the privilege of visiting the NZDF personnel across the Middle East and Africa in 2019. I was proud to see their professionalism and mana, and how well they are regarded in some truly challenging operational contexts,” said Mr Mark. 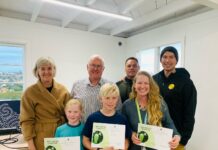