Almost 2,000 Yezidi children who have returned to their families after being held captive by the armed group calling itself Islamic State (IS) are facing a physical and mental health crisis, Amnesty International warned in a new report published today (30 July).

The report, Legacy of Terror: The Plight of Yezidi Child Survivors of ISIS, also addresses the urgent need to end the enforced separation of women and their children born of sexual violence by IS members.

Between 2014 and 2017, IS committed war crimes, crimes against humanity, and what the UN describes as genocide against the Yezidi community in Iraq.

The 57-page report reveals the extensive challenges now faced by the estimated 1,992 children who have returned to their families after being abducted, tortured, forced to fight, raped and subjected to numerous other horrendous human rights abuses by IS.

“While the nightmare of their past has receded, hardships remain for these children. After enduring the horrors of war at an extremely young age, they now need urgent support from the national authorities in Iraq and the international community to build their future,” said Matt Wells, Amnesty International’s Crisis Response Deputy Director – Thematic Issues.

“Survivors of horrific crimes, these children now face a legacy of terror. Their physical and mental health must be a priority in the years ahead if they are to fully reintegrate into their families and community.”

Many child survivors have returned from IS captivity with debilitating long-term injuries, illnesses or physical impairments. The most common mental health conditions experienced by these children include post-traumatic stress, anxiety and depression. Symptoms and behaviours often displayed include aggression, flashbacks, nightmares, withdrawal from social situations, and severe mood swings.

Thousands of Yezidi boys captured by IS were starved, tortured and forced to fight. As a result, these former child soldiers are especially likely to suffer from serious health conditions or physical disabilities, such as lost arms or legs.

Yezidi boys are often isolated upon their return, as their families and communities struggle to acknowledge their experiences during captivity. They have often been subjected to intense propaganda, indoctrination and military training, deliberately intended to erase their former identities, language, and names.

Of the 14 former child soldiers interviewed, more than half told Amnesty International they had not received any form of support – whether psychosocial, health, financial, or otherwise – after their return.

Sahir*, who was forcibly recruited at the age of 15, said: “I was forced to fight. I had to do it or die. I didn’t have any other option. It was out of my control. To survive, I did the fighting. It’s the worst thing that can happen to any human, the most degrading… [After returning from captivity] what I was looking for is just someone to care about me, some support, to tell me, ‘I am here for you’… This is what I have been looking for, and I have never found it.”

Yezidi girls suffered a wide range of abuses in IS captivity, including sexual violence. Girl survivors of sexual violence suffer from a range of health issues, including traumatic fistulas, scarring, and difficulties conceiving or carrying a child to term.

Randa*, a 14-year-old who was in IS captivity for five years, said: “I was a child when they made me marry. They made me suffer. I want my future to be better. I want IS to be held accountable for what they did to me.”

One doctor, whose organization has provided medical and psychosocial care for hundreds of women and girl survivors, said that almost every girl she had treated between the ages of nine and 17 had been raped or subjected to other sexual violence. Amnesty International found that existing services and programmes for survivors of sexual violence have largely neglected girls.

“These children were systematically subjected to the horror of life under IS, and now they’ve been left to pick up the pieces. They must be given the support they desperately need to rebuild their lives as part of the Yezidi community’s future”
Matt Wells, Amnesty International’s Crisis Response Deputy Director – Thematic Issues

Yezidi women and girls gave birth to hundreds of children as a result of sexual enslavement by IS fighters. Many of these children have largely been denied a place in the Yezidi community due to a number of factors, including the stance of the Yezidi Supreme Spiritual Council and the current legal framework in Iraq, which mandates that any child of an ‘unknown’ or Muslim father must be registered as Muslim.

Hanan*, 24, whose daughter was taken from her, said: “My feeling is the same feeling as all the other mothers [in the same situation]. We have all thought about killing ourselves, or tried to do it… We are human, we have our rights, and we want our children to be with us. Whatever we experienced with IS, we are going through something worse now. We need a solution.”

Amnesty International is calling for international organizations such as the UNHCR to prioritize and fast-track these women and children for resettlement or humanitarian relocation, with the co-operation of the national authorities and foreign governments.

“These women were enslaved, tortured and subjected to sexual violence. They should not suffer any further punishment. They need to be reunited with their children, and any future separations must be prevented. They must be offered the opportunity of international resettlement or relocation together with their children, given the enormous risks they face in Iraq”
Matt Wells, Amnesty International’s Crisis Response Deputy Director – Thematic Issues

Yezidi child survivors were deprived of formal schooling during their years in captivity. Many now miss out on available programmes for accelerated learning, either because they are unaware they exist or because they are discouraged by excessive bureaucracy. As a result, many child survivors opt out of the education system entirely. However, experts interviewed by Amnesty International agreed that attending school is essential in helping child survivors overcome their trauma.

“After I returned back to school, things became more normal, and I felt better. You need school to have a future.”
Nahla*, a 16-year-old survivor

Many Yezidi child survivors have returned speaking Arabic instead of Kurdish, preventing them from reintegrating fully with their families and community. Already impoverished, many families are also in severe debt after having to pay tens of thousands of US dollars as ransom to secure their children’s release.

“Ahead of the sixth anniversary of the IS assault against Yezidis, the national authorities in Iraq and the international community must do all they can to ensure full reparation for the violations of these children’s rights, and to provide them with the support they are entitled to,” said Matt Wells.

Amnesty International visited the Kurdistan Region of Iraq from 17 to 27 February 2020, and interviewed 29 survivors taken captive by IS as children; 25 family members who care for child survivors; and 68 experts and officials, including doctors, psychotherapists, staff members of NGOs, UN officials, and government officials. 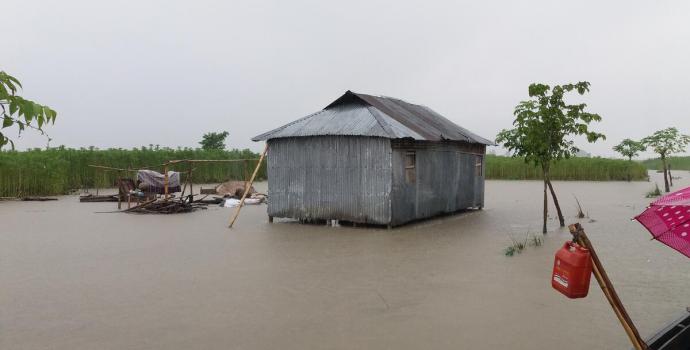