The Green Party has put animals on the political agenda for this election with the announcement of their animal welfare policy at their election campaign launch today.
The policy includes a promise to establish a Minister and Parliamentary Commissioner for Animal Welfare.
SAFE CEO Debra Ashton said this is a comprehensive approach, which is what animals really need.
“This is the most significant announcement for animals ever launched at an election,” says Ashton.
The Green Party also want to ban or phase out of factory farming, the export of live animals, greyhound racing and the use of animals in rodeo, which are all issues that SAFE has campaigned on.
“We need to get rid of cruel practices like colony cages, establish better regulators, and up our game with enforcement. The status quo falls well short of that and we need our leaders to make a positive change.” 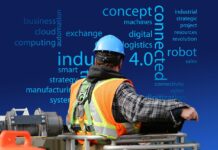