Take a step back in time with Auckland’s two new self-guided walking tours which encourage people to learn more about Tāmaki Makaurau’s history.

Supported by Auckland Council, the app has seven self-guided walking tours and can be downloaded from Google Play and The App Store.

Made up of mainly young people; the activist group is credited with bringing LGBTIQ+ community out of the closet and proudly onto the city’s street for the first time.

The marinas and commercial wharves, which now stretch from Westhaven through to Judge’s Bay, are very different from the foreshore lived on and worked by Mana Whenua and sighted by the first European settlers to Auckland.

“With an excellent variety of tours available everyone can take a step back in time to discover the history and cultural heritage which have helped shape the city and the best thing is the learning can be done at any pace.” 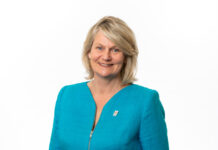