This page contains a press release about Parihaka being declared smoke-free and vape-free at the end of May 2020.

​A Whangarei landmark is set to become the first smokefree and vapefree maunga in Te Tai Tokerau, and one of the first in Aotearoa.

A dawn blessing is to be held at the summit of Mt Parihaka on Sunday May 31, World Smokefree Day, officially declaring the mountain a smokefree and vapefree outdoor space and launching Whangarei District Council’s Smokefree Policy.

Kaumatua Winiwini Kingi, one of many descendants of the last paramount rangatira on Parihaka, says the maunga has historical mana and will always be a place of significance for the hapu and the connection to the whare tapu of Nga Puhi.

“Maunga Parihaka is a special maunga to the descendants of Ngati Kahu O Torongare through whakapapa. Making it a smokefree and vapefree maunga is about more than just a policy, it’s about treating it as a taonga and preserving and respecting the mana of the maunga, as we are all caretakers nowadays,” he says.

“By declaring our taonga of Parihaka and the War Memorial smokefree and vapefree, we show we care for our people and our precious places,” she says.

“Reducing the numbers of people smoking when walking or cycling along Parihaka protects all visitors to this site from second-hand smoke, as well as other negative environmental impacts, like the littering of cigarette butts and packets.”

“We know that there is a high level of public support for increased smokefree outdoor spaces. Our wider smokefree and vapefree vision includes protecting our natural environment, our mountains, bush, rivers, streams, beaches and land, to create an attractive and inviting region to live, visit, and enjoy.”

Mayor Mai says the Smokefree Policy isn’t about having “smokefree police” or banning smoking and vaping.

“It’s about education and empowerment. We know that 83% of Whangarei adults don’t smoke and most smokers are generally very considerate and won’t smoke in smokefree areas.”

Working in partnership with Northland District Health Board and the Cancer Society, Whangarei District Council is the first Council in New Zealand to adopt and implement a comprehensive and wide-spread smokefree policy, that covers vaping in public places as well as smoking.

“While we support the use of e-cigarettes as a tool to stop smoking, vaping mimics smoking and their emissions may result in public confusion and reduce compliance,” says Bridget Rowse, Smokefree Advisor, Northland District Health Board.

Council’s Smokefree Policy increases smokefree and vapefree outdoor spaces from parks, playgrounds, bus shelters and sportsgrounds to include areas such as beaches, transport hubs, carparks, cycleways, public spaces in the central city, council owned buildings and council-run events. No Smoking and No Vaping signs and publicity will encourage the public not to smoke or vape in these places for a clean, healthy environment.

Rebecca Gilbert, Cancer Society Northland Health Promoter, says smokefree and vapefree areas protect all visitors and locals from the dangers of second-hand smoke, as even small amounts of exposure to tobacco smoke can be harmful to people’s health.

She says lung cancer is New Zealand’s most major smoking related cancer, and smoking is commonly recognised as the leading preventable cause, and is responsible for, many other cancers that affect New Zealanders. Smoking is also a contributor to heart diabetes and respiratory diseases. 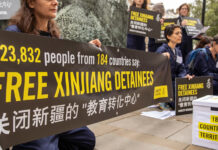