Cannasouth’s recently closed Share Purchase Plan (SPP) has raised a total of $5,690,014 through the issue of 14,973,721 new ordinary fully paid shares. The SPP has not been scaled.

In aggregate, Cannasouth has raised $6,024,853 from its capital raising initiatives, representing the issue of 15,854,876 million new ordinary fully paid shares at an issue price of $0.38 per share.

Cannasouth Chairman Tony Ho says, “Cannasouth is delighted with the overwhelmingly positive support received from its shareholders to the capital raising initiatives. To raise in excess of $6 million in the current challenging environment is testament to the belief shareholders have in Cannasouth, and a reflection of the sound progress Cannasouth has made to date in implementing its business strategy.”

Cannasouth expects that the new shares will be allotted, and holder statements sent out to shareholders on or about Thursday, 7 May 2020. 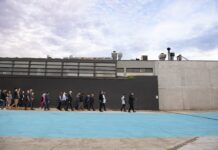